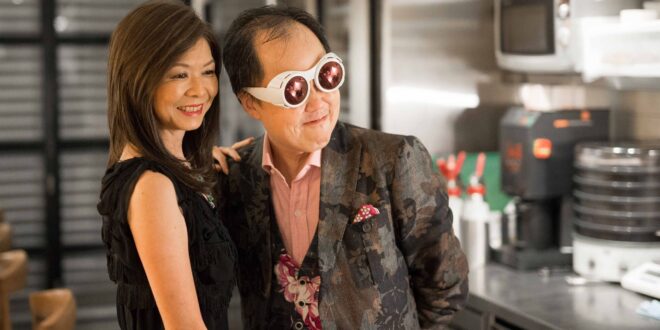 Dr Bernard Cheong, founder of Lifeline Medical Group, is also one of Singapore’s most prominent watch collectors. His home is a treasure trove of collectibles, vintage oddities and artwork, but his biggest passion lies in time itself.

Some say hoarder, others say purveyor of precious collectibles. Dr Bernard Cheong, who owns well over 3,000 luxury timepieces, is happy to be called both. “I’ve always been an extremist. I would save up, take up a part-time job, moonlight, do anything to buy the watch I want. I’m going to be the guy who makes sure that these watches don’t disappear from history,” he attested.

The founder of Lifeline Medical Group – the fifth largest medical group in Singapore – Bernard is the nation’s most prolific watch purveyor, known internationally for his extensive and rare collection. They range from luxury staples to uniquely crafted timepieces by independent artisans and boutique brands.

Dr Bernard Cheong, founder of Lifeline Medical Group, is also one of Singapore’s most prominent watch collectors. His home is a treasure trove of collectibles, vintage oddities and artwork, but his biggest passion lies in time itself.

His first collectible timepiece was a Seiko Flyback Chronograph purchased at 15. After graduating medical school, he bought an Omega Seamaster Titanium. Later on, as his medical business expanded, so did his watch collection, to include marine chronometers, military clocks and pocket watches.

He explained his keen interest and deep appreciation for timepieces. “I first realised that a watch has an extremely long lifespan. We can always fix it. It doesn’t require fuel. It only requires the law of physics. In fact, watches have what we call immortality,” he enthused.

He added that watches hold a certain allure unlike collecting stamps or comic books. “Timepieces possess historical or sentimental value, that preserves the culture of the year in which it was made. Culture can’t be separated from history.”

As a certified horologist with his own Wikipedia profile, Bernard is also known as the country’s authority in all things watches. He gained attention in the watch community through sharing his insights and perspectives online, and has regularly been invited to speak at financial conferences about wristwatches as portable assets.

According to Wikipedia, Bernard helped formulate a transparent jury system and carefully audited and numbered voting system for the Grand Prix d’Horlogerie de Geneve in 2002, a contest among high-end watch manufacturers. In 2011, he was appointed the first non-commercial ambassador for the Fondation de la Haute Horlogerie, an organisation in Geneva that promotes and develops fine watchmaking internationally.

No one ever starts out with the intention of collecting watches, admitted Bernard, who is also a fervent art collector. Just ask his wife of 32 years, Dolly. “He has too many things. Even before watches, he was interested in photography and used to have lots of cameras. Photography has always been a big part of his life and I think it ties very well with his watch hobby,” she said.

Dolly’s favourite watch in his collection is an Antiqua by independent watchmaker, Vianney Halter. A masterpiece of horological art, it has a Jules Verne-inspired steampunk aesthetic that sports three clock faces. “He’s interested in artistry, workmanship and quality. Even if there’s no brand attached to that item, it doesn’t matter,” she added.

His love for the esoteric – borne out of a fascination with photography, cinema history and architecture – led him to rare and unusual finds like a dusty old Hamilton pocket watch from the late-1800s, during America’s Wild West era. “It still works and keeps perfect time. I haven’t serviced it at all,” he said.

His most prized acquisition is the Greubel Forsey Invention Piece Number 1 in platinum, worth S$1.2 million. It houses a double tourbillon – a concentric balance wheel within two cages, both oscillating at different speeds of more than three times the rotary count. “This was conceived to be the perfect watch. It was also designed to last forever. It’s the only one among Forsey’s watches that carries an infinity ring design,” he revealed.

Bernard admitted that watch collecting is a financially-biased and weighted kind of hobby, where logic has to take a back seat when buying a million-dollar timepiece. “Would you want to buy a house or a watch with that kind of money? Of course, you would buy a house. [But] to me, watch collecting is the perfect example of something you must never do based on logic alone. You don’t marry people out of logical reasons. You get married to a person for emotional reasons, right?” he laughed.

Like many high-end collectors, Bernard visits Watchbox, an exclusive club where rare pre-loved watches are bought and sold. His recent purchase there was an elusive Omega Seamaster Titanium, made in the 1940s. “This watch has no screws on the outside at all. It’s a single piece made out of a metal that comes from the Cold War era, not your modern-day titanium. This was during the time Kennedy was around and the Russians weren’t our friends. That’s a significant piece of history right there,” he acclaimed.

Bernard places a lot of value in second-hand timepieces as they hold a lot of memories for the previous owner. “People always ask me, ‘Hey, how do you know it’s not a dead man’s watch?’ I always say don’t be afraid of buying second-hand watches because it may be a dead person’s watch, assume that he is blessing you for it.”

Adapted from the series Remarkable Living. Watch full episodes on CNA, every Sunday at 8.30pm.