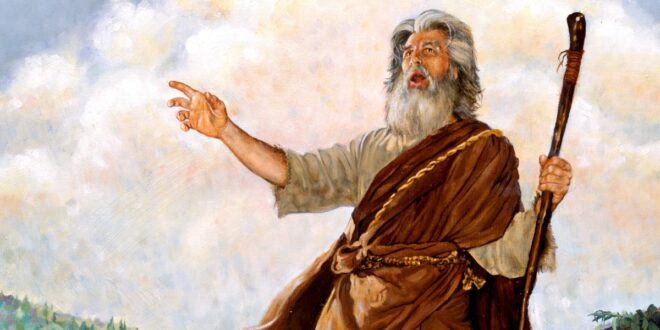 How credible are the self-proclaimed prophets of the watch industry

Times of crisis such as Corona pandemie call for prophets who know everything better without giving transparency about their lobbying work.

Gregory Pons, born in 1952, has been operating the completely overpriced online service «Business Watches & Jewelry» exclusively in French language since 2004, which apparently is a must-read for the watch industry. The «Saubermann» with Tunisian-Moroccan roots emigrated from France to Switzerland. He had to leave France at night and in fog, a gentleman is silent. His online service is only financed through completely overpriced subscription fees, he flirts with the slogan

if you look at his wrist with his many self-produced video clips, you always know which customer he is for is currently working. He prefers to wear a Rolex in yellow gold version, which is a complete «no go» for a so-called watch specialist. He likes to use the other media for himself. He is well connected internationally through the controversial journalist syndicate WWMG World Watch Media Guild. With so much «smart shit» I keep asking myself, has Pons ever led a watchmaking company to success? Unfortunately, I don’t know of any. So again one of those writing «eunuchs» who know how to do it but have never proven that they can do it better. For Pons and his flatulence, the «Corona» Pandemie is high season, where he can make a name for himself among his uncritical readership.

Pons is a person who polarizes, some love him, the majority hates him because he is a “commercial intrigue”. He also shone as a protagonist of the controversial syndicate WWMG World Watch Media Guilt, a network of “buyable” watch journalists who control and shape the worldwide reporting of the watch industry – positively and negatively.

Among the founding members are well-known names such as Gisbert L. Brunner, Alexander Linz, Christian Pfeiffer-Belli, who is heavily marked by cancer, etc., who are also on the jury of the Watchstars Awards (a marketing tool of the Ebner publishing house). WWMG sympathizers are in the Handelszeitung (Markus Köchli), in the NZZ am Sonntag (Daniel Hug), on the balance sheet (Pierre-Andre Schmitt, Busefriend von Köchli, now co-editor of WatchAround), mostly Springer Blätter – to name just a few – and especially at Ebner Verlag (Thomas Wanka, Gwendolyn Benda, Rüdiger Bucher, Elizabeth Dörr, Melanie Feist, Melissa Gossling, Jens Koch, Katrin Nikolaus, Roger Ruegger, Martina Richter – to name just a few) in Ulm.

«The battle for a « free »(it should be called tendentious!) journalism in the watch industry continues, » said Pons, who has been playing a double game for years. On the one hand, he writes certain watch brands dead and then tries to offer consultancy services for brand rebuilding for expensive money.

After many changes in personnel, the trade newspaper lost its watch expertise. Marcel Speiser is trying to make up for this today with copy paste or the 1: 1 reprint of press releases or he refers to the English platform «watch pro ». Even better, he publishes videos of an Austrian who has been staying in Switzerland illegally, i.e. without a work and residence permit, for decades in order to avoid withholding tax. The meanwhile retired ever-weighting stv ChR of the trade newspaper Markus Köchli – best buddy of GLB and the syndicate WWMG – still likes to pretend to be a stv ChR today, in order to eat free food (food) in gourmet temples such as the Basle restaurant Bruderholz near Tanja Grandits or with Andreas Caminada in the restaurant of Schloss Schauenstein in Fürstenau and thus also to secure his private mobility via press cars from Swiss importers. At the same time, Köchli is part of the Association of Swiss Motor Journalists, an association that had already been hit by bankruptcy.

Köchli was formerly responsible for the watch specials of the newspaper Handelszeitung where he hired his best buddies such as GLB & Co as freelance authors, who then charged the publisher with excessive bills for their services, Köchli then always got the kick-backs in cash Weisswurst and snack in Munich. All court-relevant documents from Köchli were leaked to us confidentially via our whistleblower button.

The Munich GLB – once suffering from the government school director of the Upper Bavaria government – who is said to be provided with a part-time license – has benefited from the watchmaking industry for decades, the majority of whom were in Switzerland, so that he was subject to tax in Switzerland under the Migration Act. Nobody cared about it, however. Til today.

Even in times of the Corona Pandemie, GLB escaped its responsibility and fled from Munich to New Zealand.