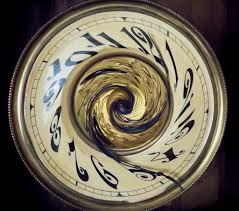 Imagination, an innovation for the international independent watch-maker’s

Independent watch brands will have their own international trade show: Imagination, which will take place in early February 2021 in Geneva or Lausanne.

After the disappearance of Baselworld and following the different initiatives taken by major watch groups, independent brands came together to get their own international showcase.

For more than 10 years, Swiss Creative Lab has brought together a large number of these brands in a dedicated space outside Baselworld. “These companies and I share the same background. I could not abandon 500 brands to their fate at a time when the watchmaking industry was going through one of the most crucial periods in its history, says Carlo E. Naldi, founder of Swiss Creative Lab. Everyone knows that these companies are a reservoir of creativity for the watchmaking industry. As requested by them, and with the support of some friends from the sector, we therefore decided to take action and launch this new trade show.”

Imagination will be an unmissable annual event starting from 2021

Imagination will take place from 1 to 7 February 2021. Well in advance of the dates scheduled for the events organised by major watchmaking groups.  Why this choice? “The business model of independent brands is very different, explains Carlo E. Naldi. They depend on distributors, agents and stores, while large groups often have their own brand distribution network. Moreover, independent brands need to get market feedback at the beginning of the year in order to adjust their investments and annual production. So, we must be pleased with the decision made by large groups to join forces, but independent brands have other strategies and need their own event.”

An international name  – a world without limits!

Imagination. Why this name? “Because it is an international name and, above all, because it recalls the limitless creativity of watchmaking companies and all the technological, design and aesthetic innovations we are looking forward to seeing at the trade show”.

“One World – One Vision” reminds us that watchmaking is one world sharing the same vision, that is, audacity and the ability to face the most difficult challenges, thanks to the talent of master watchmakers, engineers, micromechanics, designers and all these young people graduating from professional, watchmaking and engineering schools.

Imagination is supported by Swiss and international professional associations, such as the Fédération Horlogère suisse and France Horlogerie.

The location is still under discussion.

As for the location of this new trade show, it will take place in Geneva or Lausanne. “We are still discussing the subject with the authorities, but with a positive attitude, says Carlo E. Naldi. We are reasonably confident that we can come to a conclusion on time. The final decision will be made in the summer, in August or in early September at the latest, but the dates have already been booked.”

In order for this event to be a success, a vast global campaign for inviting distributors, agents and retailers as well as the international media is about to be launched to make IMAGINATION – One World One Vision a reference and unmissable international event.