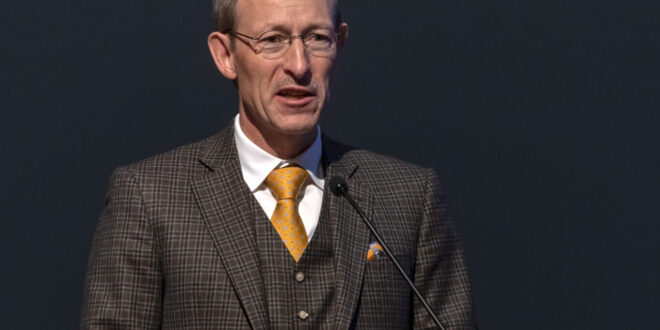 Erhard Lee's group holds around 10 percent of the MCH Group

Does Erhard Lee want to torpedo Murdoch’s entry into the MCH Group in order to enforce his “Swiss solution”?

The planned renovation of the trade fair operator MCH and the entry of James Murdoch encounter new obstacles. The Takeover Commission (TOB) has approved an objection by the LLB Swiss Investment from asset manager Erhard Lee.

As the MCH Group announced on Friday, the so-called “opting-up” clause resolved at the General Meeting is declared ineffective. With this clause, MCH wanted to ensure that, in the event of a successful deal, no public takeover bids due to the postponement of shareholders need to be done.

The reallocations in the share register as part of a planned capital increase of up to 104.5 million francs could lead to the canton of Basel-Stadt’s stake temporarily rising from 33.5 percent to over 50 percent.

This means that the public sector, like Murdoch, would be obliged to make a public takeover offer to all MCH shareholders if the 33.3 percent threshold was exceeded. Murdoch’s stake should be between 30 and 44 percent after the capital increase, depending on how much the existing shareholders participate in the share issue.

As a reason for rejecting this “opting-up” clause, the ICE has now stated that the additional quorum required by takeover law for the “majority of the minority” had not been achieved, which means that the abstentions at the extraordinary general assembly of the MCH Group had must be counted as no votes.

However, this contradicts the statutes of the MCH Group, as it wrote in its communiqué. On the basis of the ICE decision, James Murdoch’s Lupa Systems would have to submit a mandatory public offer if the investment limit of 33.3 percent was exceeded, MCH continues.

The ailing Basler Group will now analyze this ruling by the Takeover Commission and decide and inform about the next steps. With the entry of James Murdoch, the son of media mogul Rupert Murdoch, the company wanted to get back on track financially.

According to earlier statements, the Ursula and Erhard Lee group of shareholders (LLB (Swiss) Investment AG) holds 9.8 percent of the trade fair operator. Lee had rejected the Murdoch entry and the capital increase and preferred a Swiss solution.

What particularly bothered Lee: The structure of the planned capital increase caused the existing shareholders to suffer an enormous dilution, which they were not compensated for by subscription rights.

How it will continue is unclear. A spokesman for the MCH group told TICK-TALK that the ICE’s decision had to be analyzed first. The next steps will be decided soon and will then inform the public again.