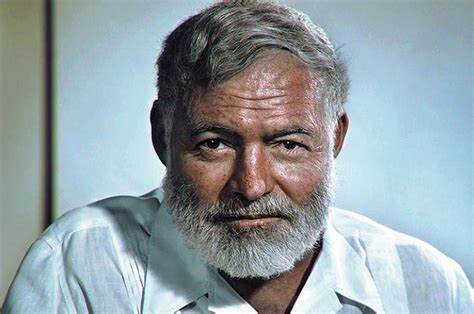 Cuervo y Sobrinos honours its former patron, acclaimed writer and 20th century legend, Ernest Hemingway, with the release of a new watch. Two versions are limited to 140 pieces each. An additional, two-piece set, restricted to just 30 examples, is also available. Hemingway spent over 20 years living in Cuba and clearly loved the country, something that resonates with Cuervo y Sobrinos. The new models are the first Swiss watches to be officially licenced by Hemingway Limited, dedicated to a great literary figure.

Ernest Miller Hemingway (1899 – 1961) had a rich and varied life that will never be forgotten. Indeed, his personal story could stand comparison with one of his acclaimed fictional works. During his life, he was a journalist, an ambulanceman, a rebel, a hunter and a fisherman, however, he will forever be known for his literary works.

Hemingway lived in Cuba at ‘Finca Vigia’ for 20 years (1939 – 1960) and clearly enjoyed his time at his Caribbean retreat. Whilst resident in Cuba, the literary genius frequently visited the Cuervo y Sobrinos boutique. Now, the watch brand known for its Latin soul, has chosen to honour the American author, a former patron of the firm, with a new series of watches produced in collaboration with Hemingway Limited.

The Historiador Hemingway comprises four watches. The creative team at Cuervo y Sobrinos has selected vintage-inspired shades such as mellow creams and tobacco toned hues, colours that would have been familiar to Ernest during his time in Cuba. This new model is officially licenced by Hemingway Limited, an organisation that manages the Ernest Hemingway© trademark, founded by Ernest’s eldest son, Jack, in 1988.

Aspiring literary figures have a choice of cream or brown dials, both versions limited to 140 pieces each. In addition, Cuervo y Sobrinos, also offers a two-piece set comprising one watch with a silver dial and a second watch with a black dial. Those watches featuring a black or brown dial have an 18k gold limited edition plate mounted on the side of the case.

The two-piece set is presented in a travel humidor that can also be used for transporting cigars. The sets are limited to just 30 examples and include two additional black straps.

The hour and minute hands are colour-coordinated and lined with Super-LumiNova®, aiding readability in dim light. The centre seconds hand features a circular counterweight with its shade determined by the dial hue selected.

Each hour is denoted with bold Arabic numerals, again lined with Super-LumiNova®. A fine minute track encircles the dial area, facilitating ease of read off, while an applied CyS emblem is positioned at noon.

Measuring 40mm in diameter, all versions of this new watch are housed in a stainless steel Historiador case, chosen for its vintage-inspired appearance and ergonomic elongated lugs. To the rear of the watch, the case back is engraved with a Hemingway logo, providing a respectful nod to the legendary American novelist. A colour-coordinating leather strap and CyS-branded clasp securely affix the watch to the wrist.

At the heart of the Historiador Hemingway sits the CyS 5121 calibre, an automatic Swiss movement. Based on the Sellita SW 200, the movement features an engraved oscillating weight and has a power-reserve of 38 hours.

By releasing the Historiador Hemingway, Cuervo y Sobrinos honours its famous patron, a remarkable figure who will forever be remembered for his literary works, his larger-than-life character and his love of Cuba and its Latin spirit.