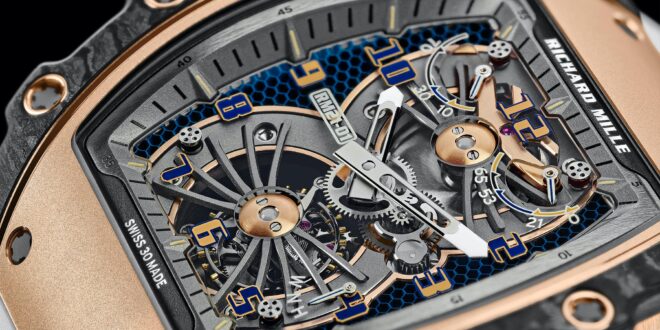 Are Richard Mille watches really worth the price you pay for them? In search of clues!

It is quite obvious that there is a lot of hype surrounding Richard Mille watches. The brand’s watches enjoy extreme popularity among celebrities, competitive athletes and watch collectors with fat wallets. But are the watches worth their overwhelming (at least to most people) prices?

Let’s take a closer look at these world-famous watches and the man behind the brand. Let’s get this straight: Richard Mille is no flash in the pan among watchmakers. Before founding the company in 2001, he had already gained years of experience at the helm of various watch and jewellery companies. In fact, he was already 50 years old when the first Richard Mille watch came onto the market.

For most watch brands, it takes years, if not decades, to gain global recognition. Richard Mille’s watches, however, experienced an almost meteoric rise in a very short time. According to the company’s website, he “pursued the concept of taking watchmaking to a whole new level.” Clearly, he succeeded.

Richard Mille’s extensive experience in the watchmaking world, his ambitious vision for his watches and exceptional horological standards contributed greatly to his success.

He developed a cult-like following, established a number of different partnerships and maintained his horological standards. All these factors helped create both awareness and demand for his watches, despite the high prices.

Why are Richard Mille watches so expensive?

So why are the watches so expensive? Here are five possible reasons:

Richard Mille only produces about 3,000 watches each year and these are bought all over the world. So there is a worldwide demand for a very limited supply. This is true for both new retail watches and the secondary market.

Richard Mille watches are made from materials that are very rarely used in watchmaking. For example, silicon nitride, gold fused with carbon and quartz, and other materials otherwise only found in the aerospace and racing industries.

Richard Mille watches are extremely shock-resistant. The best example of this is offered by Rafael Nadal, who wears his Richard Mille during his tennis matches. Nadal’s watch has a tourbillon and weighs less than 20 grams. Nevertheless, it survives all the stresses of a five-set match. The RM of the famous golfer Bubba Watson, on the other hand, has to withstand the G-forces of his swing.

Richard Mille watches are very popular among motorsport fans. Mille is the watch supplier for Formula 1 drivers Romain Grosjean and Felipe Massa. The constant vibrations of the racing cars’ steering wheels are no problem for these watches. Mike’s penchant for collector cars and racing cars is well known. The brand’s motto is not for nothing: “A racing machine on the wrist. In other words: “A racing machine on the wrist”. Mille regularly participates in the Concours d’Elegance car race. He is the main sponsor of The Bridge, an invitation-only annual race in New York’s legendary Hamptons.

There is simply no doubt that Richard Mille watches are cool. Jay-Z, Drake and Nick Jonas are among the entertainment industry brand’s fans. Much like these men, Richard Mille’s customers are true connoisseurs of fine watchmaking. There is even a rumour that there is a collector who owns a model of every Richard Mille ever developed.

Richard Mille watches are among the most expensive watches on the market.

Will Richard Mille watches be able to hold their value? Of course, no one can see into the future, but it seems likely that the current demand combined with the great quality of the watches and the limited editions make this quite likely, at least in the short term.