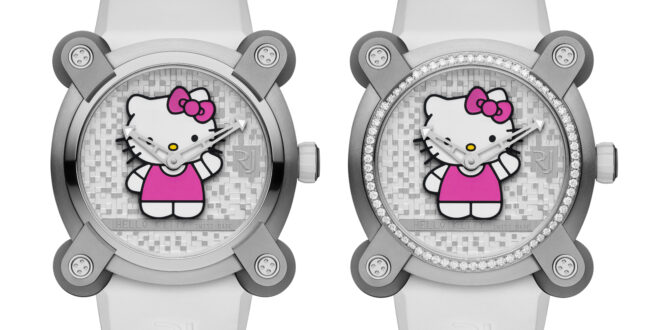 RJ Watches, the Swiss watch brand formerly known as RJ Romain Jérôme, announced on Thursday that it has filed for bankruptcy in Switzerland.

A press release said that the company’s majority shareholder, Alliance Investment Group SA, had suddenly decided to stop investing in the company.

“This unpredictable decision was communicated with immediate effect, which makes continuation of the business impossible and the search for a buyer impossible within such short time,” the statement said. “Consequently, the board of directors of RJ Watches has no other choice than to file for the bankruptcy of the company and the dismissal of all of its employees.”

Executives at Alliance International Group SA, which lists as its president Saudi Arabian businessman Faisal Al Saud, did not return a request for comment from TICK-TALK by press time.

The press release said that “Tedeschi and the entire RJ team deeply regret this decision, which cuts 33 jobs and ends a great journey.”

Founded in 2004 as Romain Jérôme—and named for the two sons of its founder, golf enthusiast Alain Bajulaz—RJ Watches was known for its inventive timepieces inspired by icons of pop culture, including lines devoted to Batman villains, Spider-Man, Pokémon, and Pac Man. Other were inspired by oceans, the Titanic, and outer space, including an attention-getting watch made of real moon dust.

In 2018, the company recruited Tedeschi, a former Hublot executive, to take over the company. Not long after, it rebranded the company “RJ.” Last March, it named Benoit Vulliet its new managing director of the Americas, part of what it then called an effort to increase the brand’s presence in the U.S. market.